Key time to cruise:
What we enjoyed: Land diving in Pentecost is a must!

Vanuatu is an archipelago nation found in the southwest Pacific Ocean, north of New Zealand and east of Australia. It is a unique destination that is relatively untouched by massive tourism trade.

Vanuatu consists of 83 islands which offer a variety of experiences; well known attractions include the Yasur Volcano on Tanna, land diving in Pentecost and Collidge dive in Santo. For those who wish to relax then Port Vila is a good place to visit. Find out more below: 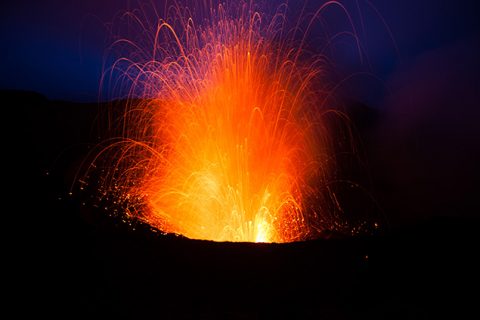 Bright orange explosions can be seen from the Yasur volcano.

Yasur is the most well-known and visited  volcanoes within the Vanuatu islands. It is one of the most active volcanoes in the world. Yasur is known for its spectacular and persistent activity that consists of regular small to violent explosions from one or several vents.

The volcano can be accessed by car and you can get within 150m of the crater rim. The trip up to the volcano will take you through the jungle, before being greeted by bright orange explosions from Yasur. It is strongly advised to use one of the many organised tours available to visit the volcano. 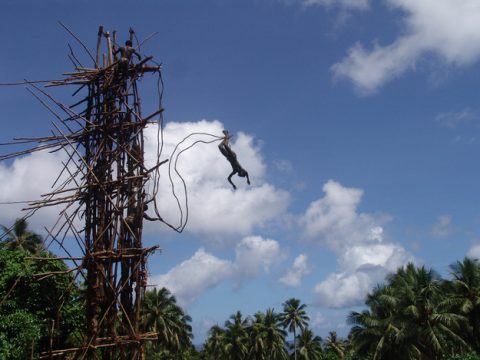 Men take the plunge off wooden towers around 20 to 30 meters high.

Land Diving is where men take the plunge off wooden towers around 20 to 30 meters high. It is done without safety equipment and only with tree vines wrapped around the man’s ankles. The ritual is said to fertilise the land and provide a bountiful harvest. It was the inspiration for bungee jumping.

The ritual normally takes place each Saturday throughout April and May. 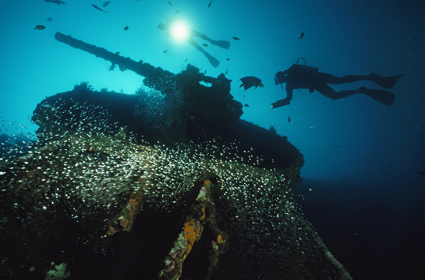 Machinery of war can still be seen at the wreck of Coolidge.

Vanuatu is a popular site for divers, due to its warm waters, plunging cliffs, grottoes, caves and plentiful sea life. However, divers come from all around the world to visit the largest wreck dive in the world “SS President Coolidge”.

The 22,000 ton ship came to rest during the World War 2. The wreck was laden with machinery of war when it sunk, making it a hot spot for divers. The Coolidge is suitable for novice to advanced divers. 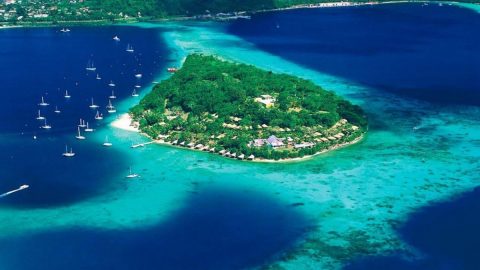 Port Vila is one of the busiest towns in Vanuatu and offers a variety of tours, adventure activities, as well as restaurants and bars. It offers a relaxed environment with stunning beaches which are waiting to be enjoyed.

Vanuatu climate is tropical and has a long rainy season with rainfall most months. During December to April are the wettest and hottest months. During this time Vanuatu will also experience cyclone activity. June through to November are the driest months.

The Vanuatu currency is known as the Vatu, however Australian dollars are accepted by many establishments within Port Vila.

The Vanuatu culture is diverse with over 113 distinct languages being spoken. There are three cultural regions each with their own social and political societies. In some villages there are male and female only sections. It’s fair to say Vanuatu is slightly chauvinistic, as a result our team will provide support on the local customs. In general most locals are bemused and tolerant of Western women’s behaviour and dress. However, skimpy clothing is viewed as disrespectful.

Anti-malarial medication is recommended if you are travelling outside of Port Vila and Efate. Hepatitis B and tuberculosis exists throughout the islands, however should be of no concern if normal precautions are taken.

Our team will help create the perfect itinerary to ensure an authentic experience whilst visiting Vanuatu is enjoyed.